It was quite a year for saying goodbye to some long serving members , 5 tablers were given the heave Ho this year including 3 past chairmans. The sorry individuals were PC Dave Liddington, PC Mark Elm, PC Robert Westerman, Steve ” the tree ” Barker and Ian ” Geordie Boy ” Dane. They were suitable dressed up in attire relating to there jobs, all except for Robert who was going to be Bob the Builder but being as he’s leaving the club a year earlier than he needs to, he was deemed to young and dressed as a big baby. And a very scary baby he was. Darren Hickling had the unfortunate duty of changing the baby’s nappy, its a good job he regularly attends Rugby pratice. 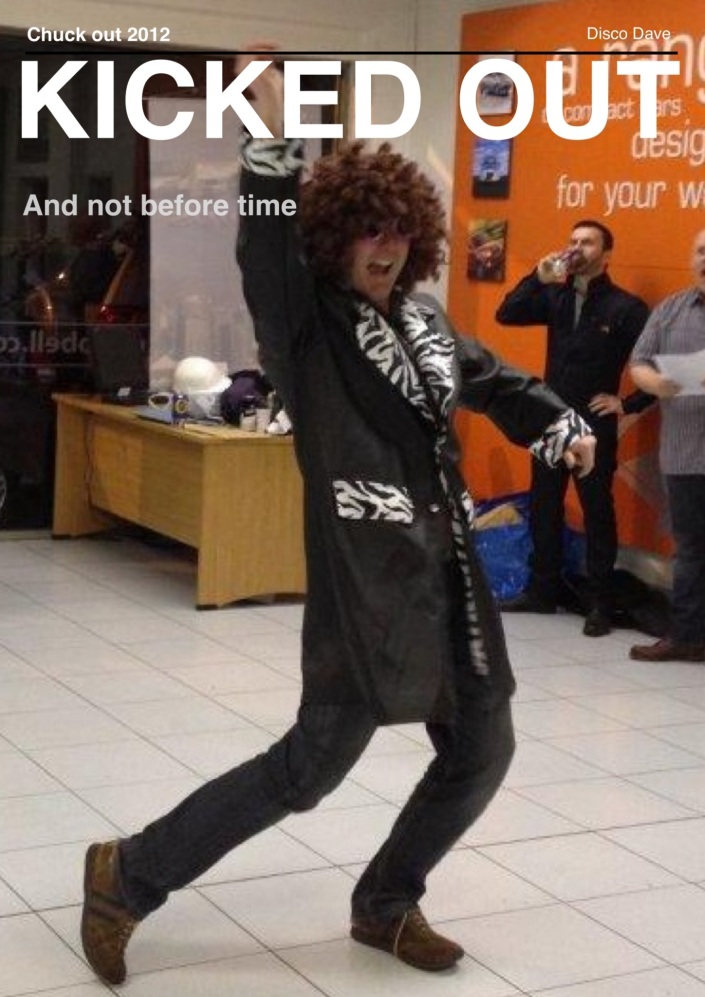 Wanted to say a big thanks for everyone that turned up to make our night so much fun.

Didn’t know what to expect but in true tabling fashion you found our achilles heels.

What a way to finish my tabling career with more hair than I joined with when I was thirty.

Thanks again for making the night a memorable one yet again. Big thanks to murdy and Darren as these things take a lot of sorting and you did it so well.

This entry was posted in News.